Sometimes, more than one channel pair is active even though only a single stereo signal is played: 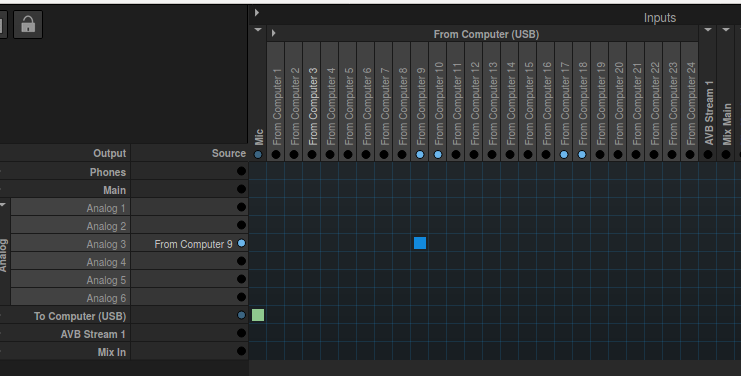 And that seems to be exactly the times when apparently a modulation with a harmonic signal with a fundamental frequency of 8 kHz occurs. For example, when I play a sweep signal, I see multiple copies of the sweep every 8 kHz, including aliased versions. This happens about 30% of the time and at least once every 10 second period: 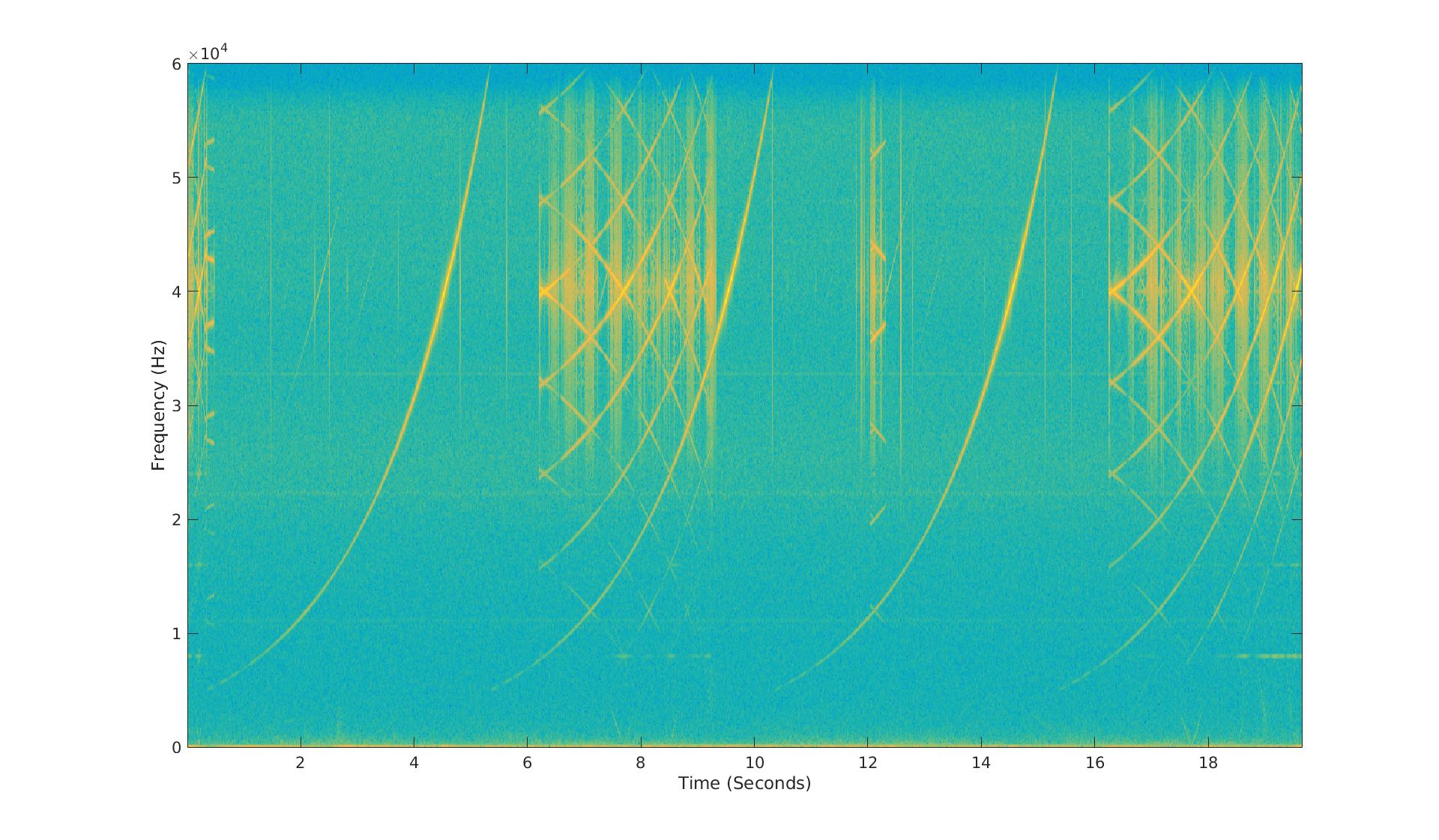 Did anyone find out what exactly causes this problem? Is it an ALSA bug or an issue with the UltraLite AVB? I've been in touch with MOTU and got the somewhat weird explanation that they "only support class compliancy on Mac and Windows" (as if the USB standard was different for Windows, MacOS, and Linux

). The UltraLite AVB page on the MOTU website (as of today) states something different though: "The UltraLite AVB connects to your computer with audio class compliant hi-speed USB 2.0 (compatible with USB 3.0 and iOS) for across-the-board compatibility now and in the future."

An issue we did not investigate yet is USB cable length (we're currently using a 5m cable). The longer the cable, the more likely are data transmission issues... Did anyone here play around with this yet?

It's a change in the AVB's firmware that's not handled correctly by the Linux kernel (implicit feedback point). Drumfix made patch, I think you find it earlier in the thread. The patch doesn't fix everything. You may encounter a modulo-8 output channel hopping after some hours but that can be worked around when you connect system:playback_1,9,17 to the left channel and 2,10,18 to the right channel.

There will be still issues when you use jack_bufsize to change jackd's buffer size on the fly (input channel hopping) but you can work.

thanks for the explanations.

We've installed the patch by Drumfix from the post on Mon May 04, 2020 12:24 am. However, now when connecting the UltraLite AVB, the computer crashed badly (not even the num lock light on the keyboard reacted anymore). Then I saw the patch posted on Fri May 08, 2020 9:15 pm ("one more try") but that one (and also both of them together) just lead to a crash a few seconds after the UltraLite AVB is plugged in.

First of all, which patch is the right one? Or do I need to apply both of them (even though they have some overlap, meaning that some manual merging needs to be done)?

Second, what is the correct way to get all the configurations right? For now we just copied over a .config file from another Linux source directory, which at least produces a bootable kernel on this particular machine (the default settings apparently don't do that).

Yeah, the first version led to crashes. I attched the patch that works with linux-5.7-rc4.

To configure it after the patch just type
make oldconfig

That takes the options of your running kernel. Answer all questions with ENTER.

If you are short on disk space in the partition where your kernel and initramdisk reside then type
sudo make INSTALL_MOD_STRIP=1 modules_install install
You do not have the required permissions to view the files attached to this post.
Linux – MOTU UltraLite AVB – Qtractor – https://soundcloud.com/suedwestlicht
Top
Post Reply
349 posts