My New Guitar: Ibanez AM53

My New Guitar: Ibanez AM53

I have been wanting an archtop hollowbody since I was a teenager, and I finally bought one last week. Actually it is a semi-hollowbody Ibanez AM53, their entry-level archtop model. This guitar, and this manufacturer in general, gives you a lot of bang for your buck. So far I am really happy with it. Here is a short video clip of me plucking out a few tunes on the day I bought it: https://www.youtube.com/watch?v=_5jmv0XsuII Enjoy!

It sounds good and looks good! The dangling label made me smile.

merlyn wrote:It sounds good and looks good! The dangling label made me smile.

First things first, you know. I had to play it for a couple of hours before I bothered to take the price tag off.

That's a beauty! Those humbuckers have a nice tone, nice definition even when fingerpicked! Will we be hearing any John Scofield licks? Just Kidding, look forward to hearing it recorded in some new songs!
Top

Some of the reviews complained about the pickups being weak, or something, but I have been really happy with them. Not sure what the reviews were about. The pickups are different on the higher-end Ibanez models, though, and the reviewers fawn over them. Whatever. For as much money as I wanted to spend, I'm happy with what I got.

Not sure if I can pull off a Scofield lick, but we can always try!
https://alansanderson.band
Top

Milo,
Just in the 3 hundred dollar(US)range... Izat fo' real !?! If so i want one those, ...yesterday.
"Oh the places you can (and will probably) go." Welcome to the semi-hollowbody club my friend.
Congrats and Enjoy !

The price tag says $299. With tax it was about $320. It was manufactured in Indonesia, and I hope the factory there is doing some economic good for the country. My Telecaster was made in Mexico, and was in about that same price range when I bought it 20 years ago.

I looked at other options, but I really couldn't justify spending over $1000 for a Gretsch or Eastman or Gibson. I don't have a lot of experience playing high-end instruments, but maybe it's better for me to not know what I'm missing!
https://alansanderson.band
Top

It looks like a nice guitar. Actually many guitars can be just nice. I'd say the most important is the action, eg. how far from the neck are the strings and if a luthier has a shot at it, how far down can they be before buzzing. And of course the sound. As for me, I'd like an acoustic steel-string Godin with that Multiac system for synth interface possibly.
current: Votre majesté
The Otterworld
Hinterland 2 - Colony
What People Used To Do
Ghost Train
Top

Looks and sounds good. I had noticed the label still attached - couldn't wait to play it eh?

Congrats! Nothing better than a new guitar to inspire new songs.

I'm more informed about Fender than other brands and I know that the plant in Mexico is a finishing and assembly plant, from what I've heard the body parts come in from Fender in the US and are painted, finished, wired and assembled in Mexico in a state of the art modern plant, it is a relatively good job for their local economy and I've heard from a Fender rep is that the employee morale is much better there than the unionized guys in the US plant(s)..

A maple fender neck is a maple fender neck whether it's a Chinese, Mexican or American fender, the cost corners are cut with the hardware and electronics (ie ceramic based pickups vs. alnico, top grade machine head tuners vs. cheap ones). I have a close friend who is a luthier and a former music store manager and he says the fit and finish of the bodies/necks is top notch at all price levels because the body pieces are all made with modern tooling, he recommends buying the cheaper Squier and Mexican Fender lines and simply changing out a pickup or tuners in the event you find them unsatisfactory, in many cases the factory stuff holds up surprisingly well.. A 300 dollar Chinese Squier telecaster with a 50 dollar tuner upgrade is far less than a Mexican one and literally thousands less than an American custom shop one..

I know Yamaha and Ibanez work even harder at giving customers bang for their buck because they are competing with the American giants and their budget lines. Ibanez and Yamaha don't make any bad gear...lol
Top

That's a beauty and sounds wonderful. The opening few notes made me wonder if you were going to start into Extreme's "More than Words"

I've been an Ibanez player myself for 20+ years. They make some fine instruments in my humble estimation. Hope to hear more soon!

EDIT: Also, makes me wonder if we ought to start a "check out my sweet guitars" thread.

modusjonens wrote:EDIT: Also, makes me wonder if we ought to start a "check out my sweet guitars" thread. 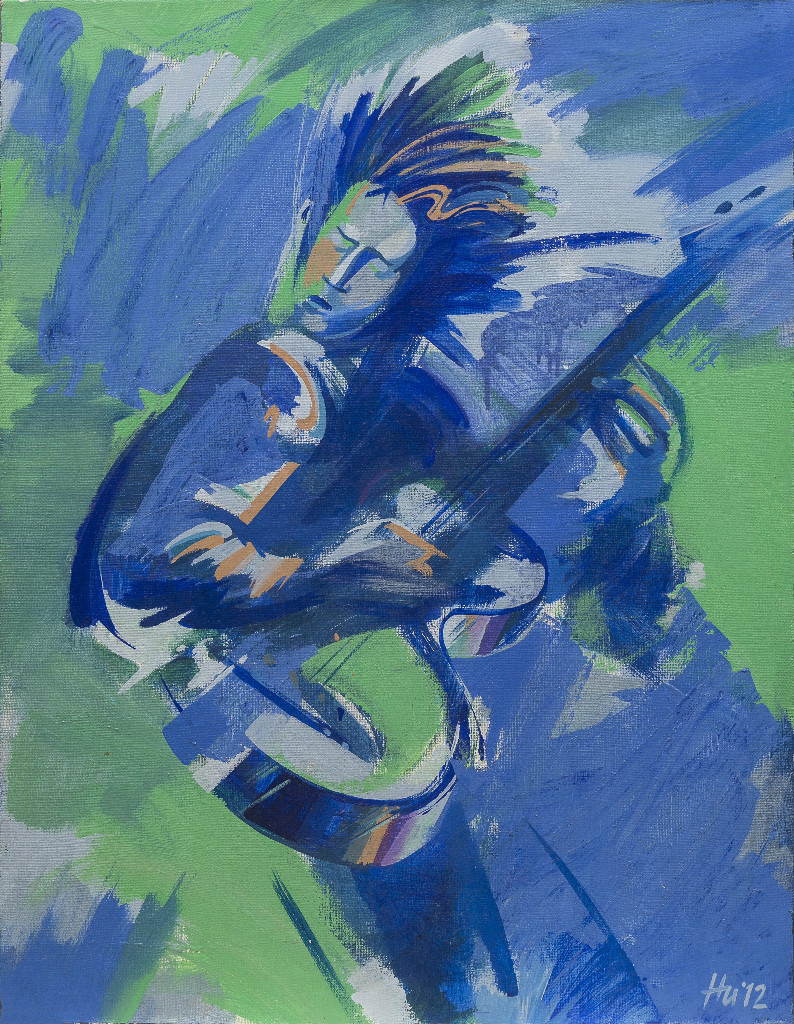 That's a cool looking guitar, and I do like the clean sounds! As a metalhead, though, now you've kept me wondering what it sounds like when you use it for something much heavier