As follow-up to this thread: viewtopic.php?f=44&t=19586
I'll show how I simulate a Poweramp within the dkbuilder.
I give the Hoffman Plexi a whirl, taken from her: https://el34world.com/Hoffman/files/Hof ... 6V6-V2.pdf

I start with the poweramp part and create the following schematic with gschem: 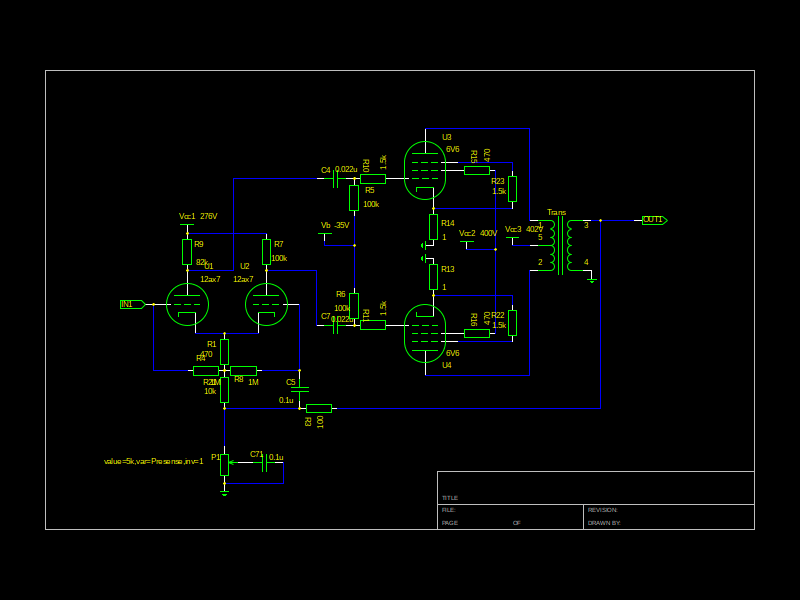 after starting the dkbuilder virtual env I run the following command:

to build a nonlinear guitarix plugin from the schematic. It produced the response tables for positive and negative waves. 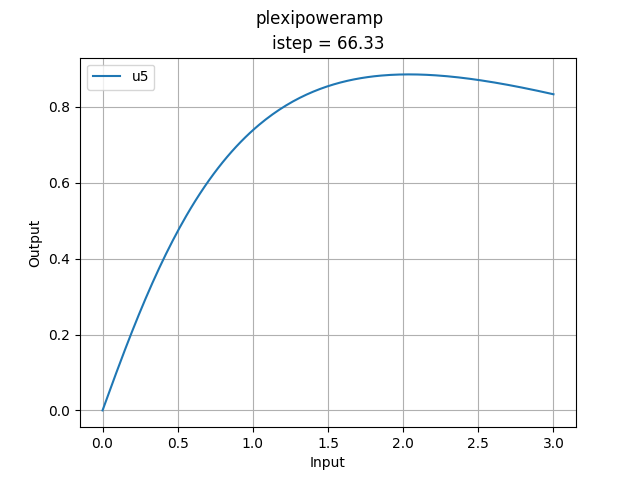 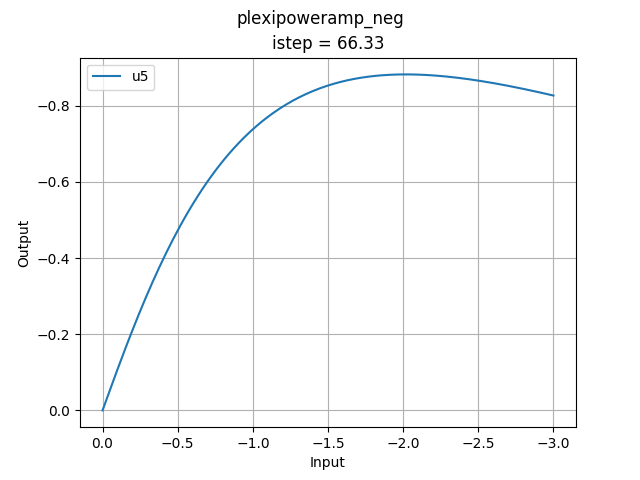 This shows us that the response is equal on both sides.
After doing some sound tests with this I'm satisfied with the result.
As next I create a circuit for the master/tonestack part: 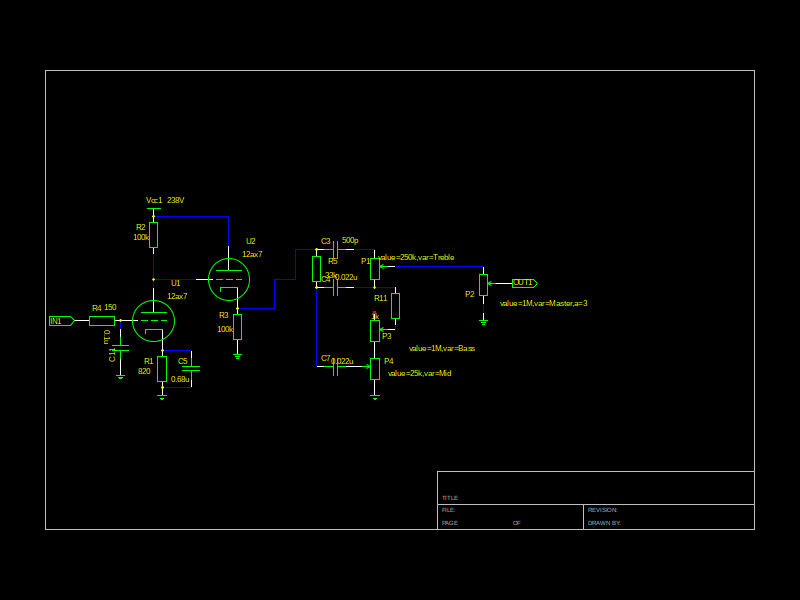 and run finally after some tries the following command:

were the -o parameter reduce the table steeper to reduce the gain a bit, which otherwise is really huge.
which result in this response curves: 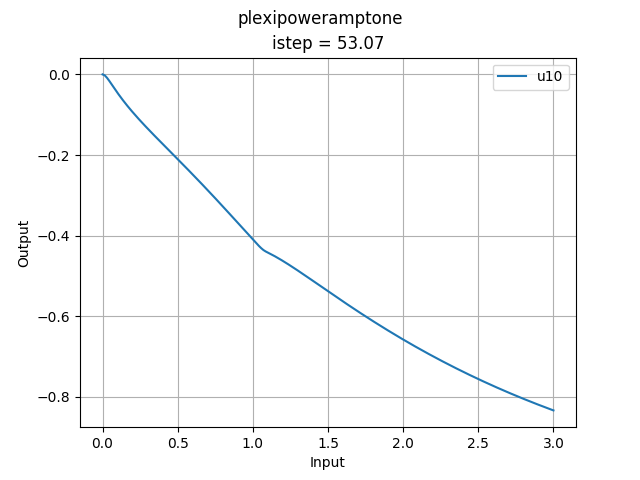 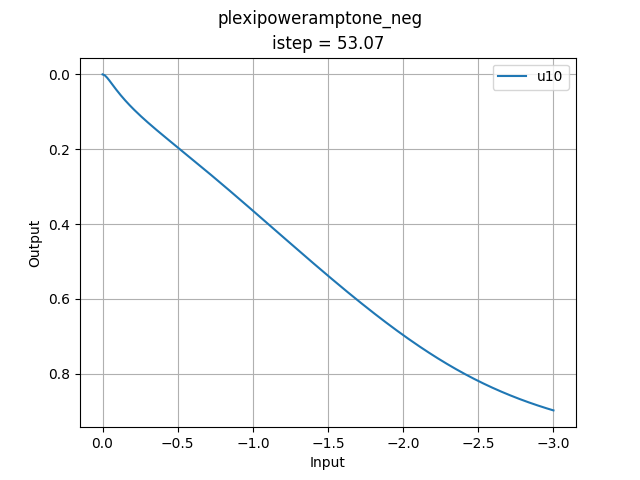 It shows us that here we've a phase inversion and a slightly different in the response on positive/negative input.

In case anyone wonder, I've put a lowpass filter in front of this part, as this one tends to be a bit noisy when cranked up, the lowpass filter out at 11kHz and reduce the noise slightly.
Now I come to the preamp section, I only use the normal channel 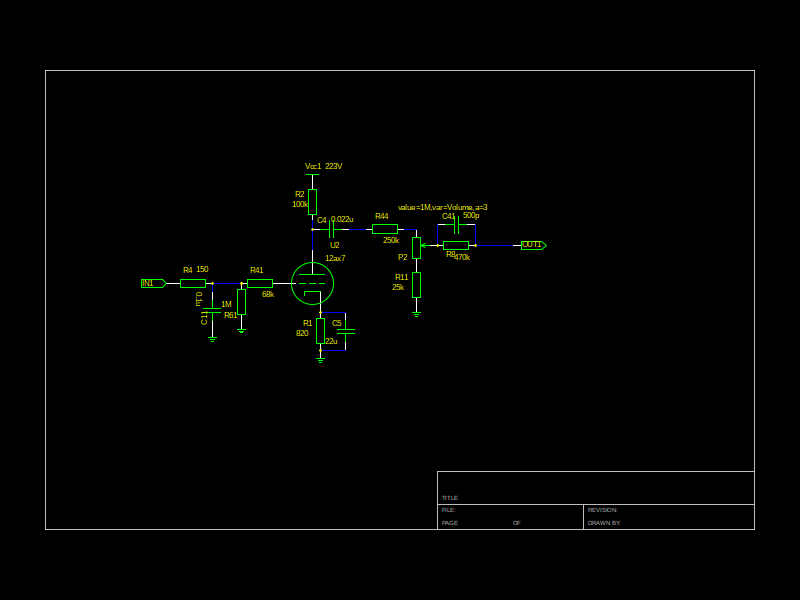 Again I put a lowpass at 11kHz on the input, as this part has the same problem then the previous.
Then after fiddling with some settings I run:

and get the following response tables: 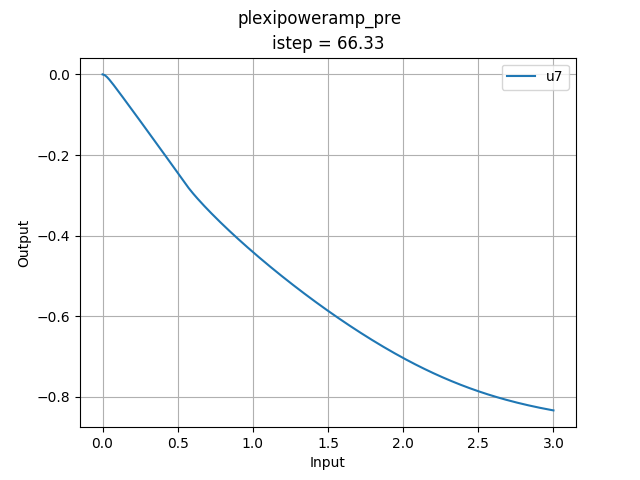 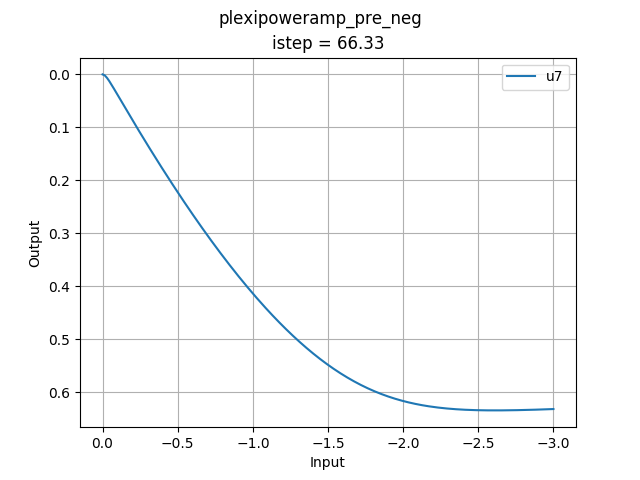 Again we see a phase inversion, and this time a markable difference in the response on the positive/negative side.
Sound test in guitarix gives me nice results, so I stick all together to a single LV2 plug:

Additional I set it to 2x oversampling and I add a JTM cabinet simulation.
Result is this one:

in case you want to try it out, you'll find it here:
https://github.com/brummer10/GxPlexi.lv2
On the road again.
Top

Another beer I owe you Mr Tramp, awesome
Top

Holy shit, this is amazing

. You are awesome, thanks for that, I will compare it to the cream machine. Is it possible to release the JCM 800 power amp as well? That would be great.

Just to say that I tried it with the GxJCM800pre -> GxPlexi -> GxUltraCab and I am really impressed. Wow man, this rocks so hard! I find the UltraCab to be even better than loading Impulse response files in a Convolver loader (probably because they lack the nonlinear part). Big thanks again and keep on rockin