What I Did Wrong

What I Did Wrong

I want my music to be truly open source, so I have included tablature (somewhat simplified) and a simple lyrics & chords sheet.

I originally intended a hybrid guitar/synth fusion sound for this recording (think New Order), but a few things made me stray off of this intended course.

First, I discovered Guitarix, a software guitar amplifier for Linux systems, and I think this piece of software will change my life forever! All of the electric guitars (including the bass) used Guitarix plugins, and it was so fun that I just wanted to add more and more guitar to the sound and less and less synth. Eventually I took all of the synthesizers out, with the exception of the drum samples (which were sequenced using Hydrogen).
[...]
This recording was done entirely on Linux Mint using Ardour and Hydrogen, with Guitarix plugins, and the Focusrite Scarlett 2i2 audio interface. With each new recording I discover more useful features of Ardour, and new plugins. Desktop Linux has turned into a wonderful, rich environment for audio recording.

Many thanks to the Ardour, Hydrogen, and Guitarix developers, and the the very helpful people on this forum!
https://sanderson.band
Top

There are many good things in this song. I'd say that it could have more 'glue'. Like the guitar solo. It's very good but it does not fit perfectly within the context and that does not mean to subdue it, not at all. But to keep its character while blending it a bit more into the scenery. Basically it could mean to lower the volume although it's often not enough. I'd say compress it lightly in an attempt to smooth in out just a bit, then maybe check the EQ and lower down the highs a bit - nothing drastic. Then adjust the main fader. Basically. Subtle add-ons could consist of adjusting the tone using reverb and the use of a multiband compressor. Same with the vocals. They are pretty good but the could blend a bit more.

Here's my interpretation of the lyrics: You're having a conversation with your past self, who is feeling guilty about regret and thinks that he will feel horrible about it forever. You're trying to reassure him that it won't be long before things get better.
Top

This is a good song, well constructed and has a lot of promise. It sounds like you were being very careful. However, I think this is a mistake, especially with the vocal (the main focus).
I suggest you try the following:
Keep playing the backing in a loop and sing to it. Don't stop if you make a mistake. Carry on singing, otherwise what you are 'learning' is a place to stop!
Once you can go through it several times withoput an error. Put it to one side. Have a cup of tea, play with the dog etc. Give your subconscious time to work. Then go back in, straight on record and sing through 'with feeling' as they say. If you screw up, don't try again immediately. Wait for a while, and go through the same sequence again.
Top

This is great advice, I should try it with my instrumental recordings.
Top

The vocals are a bit off sometimes and the guitar also, but this is exactly what I like about that song

Nice work! Thanks for sharing! I like the 50's style ballad with the alternative rock sounding chorus thing you have going on there..

The acoustic guitar at the beginning is kind of 'boomy' I think it needs some lower mids and bass frequencies cut, on the other hand the acoustic guitar at the end sounds very different and has very nice tone and clarity.. Were they miked differently or something?? I'd like to hear just a touch of delay or reverb on the vocal track, I am not a fan of too much Reverb but the vocals could use a bit of spatial dimension in my opinion.
Top

Thank you all for your feedback.

Jonetsu: I struggled with the effects on the guitar solo, and actually backed off a bit on the compression, limiter, level, and overdrive to help it blend in. I did boost the lower frequencies a bit, which made the most difference. You should have heard the mixdown before I followed your advice! Haha

Michael Willis: The lyrics were originally composed as a breakup song. That's what the second verse refers to. I never imagined it as being addressed to my past self, but that is an interesting twist on the meaning. It is hard to feel bitterness about the past when you have really changed.

Folderol: This is another area where I struggle, and again I did do something like you suggested. (Excellent advice, by the way.) The fundamental problem is that I am a self-taught hobbyist, and I can't perform to the level I can imagine. I get better every year, but I still hear my singing and playing errors and they still bother me. All of music performance (I think probably for virtuosos too) is a tradeoff between what I want and what I can perform. The guitar solo has some hesitation just before the key change, and I just couldn't think of a better way to play it that was within my skill level. But for me the critical question is whether I effectively communicated the emotion of the song. If the emotion works, then people (at least lay people) will forgive your warts for the most part. And my most important audience is myself.

GMaq: The intro and coda were played on the same guitar, and are even in the same track with the same effects and levels. Recorded the same way, with the same mic positions. But they were recorded in different sessions and the mic placement or input gain might have been different. Also the playing technique for the intro (strumming with the thumb) tends to produce a louder sound than the coda (finger picking). That's something I will pay closer attention to in the future. I also waffled a bit on reverb, and left it off of the vocals. I didn't want to overdo the effects because of the delay on the lead vocal. There is a touch of Dragonfly reverb on the master bus, which is all the vocals got.

Thanks again for listening, and for these very useful bits of advice! My next recording will be better!
https://sanderson.band
Top

I don't know if you like Weezer but it reminded me a lot of them, and I absolutely loved everything about this song...Especially the fact that it's so rough around the edges! This is likely one of the best amateur tracks I have ever listened to on the internet.
The community of believers was of one heart and mind, and no one claimed that any of his possessions was his own, but they had everything in common. [Acts 4:32]

By the way. You already know what you did wrong?

Basslint wrote:I don't know if you like Weezer but it reminded me a lot of them, and I absolutely loved everything about this song...Especially the fact that it's so rough around the edges! This is likely one of the best amateur tracks I have ever listened to on the internet.

Goodness! That is quite a compliment! I'm so glad you liked it.

I never bought a Weezer album, but some of my friends were big fans. That whole genre was a huge influence. I "cut my teeth" on 80's-90's alternative and grunge rock.

A harmonious song, nice to listen! Sounded in the spirit of the traditions of the beautiful melodies of early rock.

If you do that fills you enthusiasm, it's all right, do not restrain your impulses to fly up

And if pull from the computer all the chips and replace them with tubes, then coming the truth 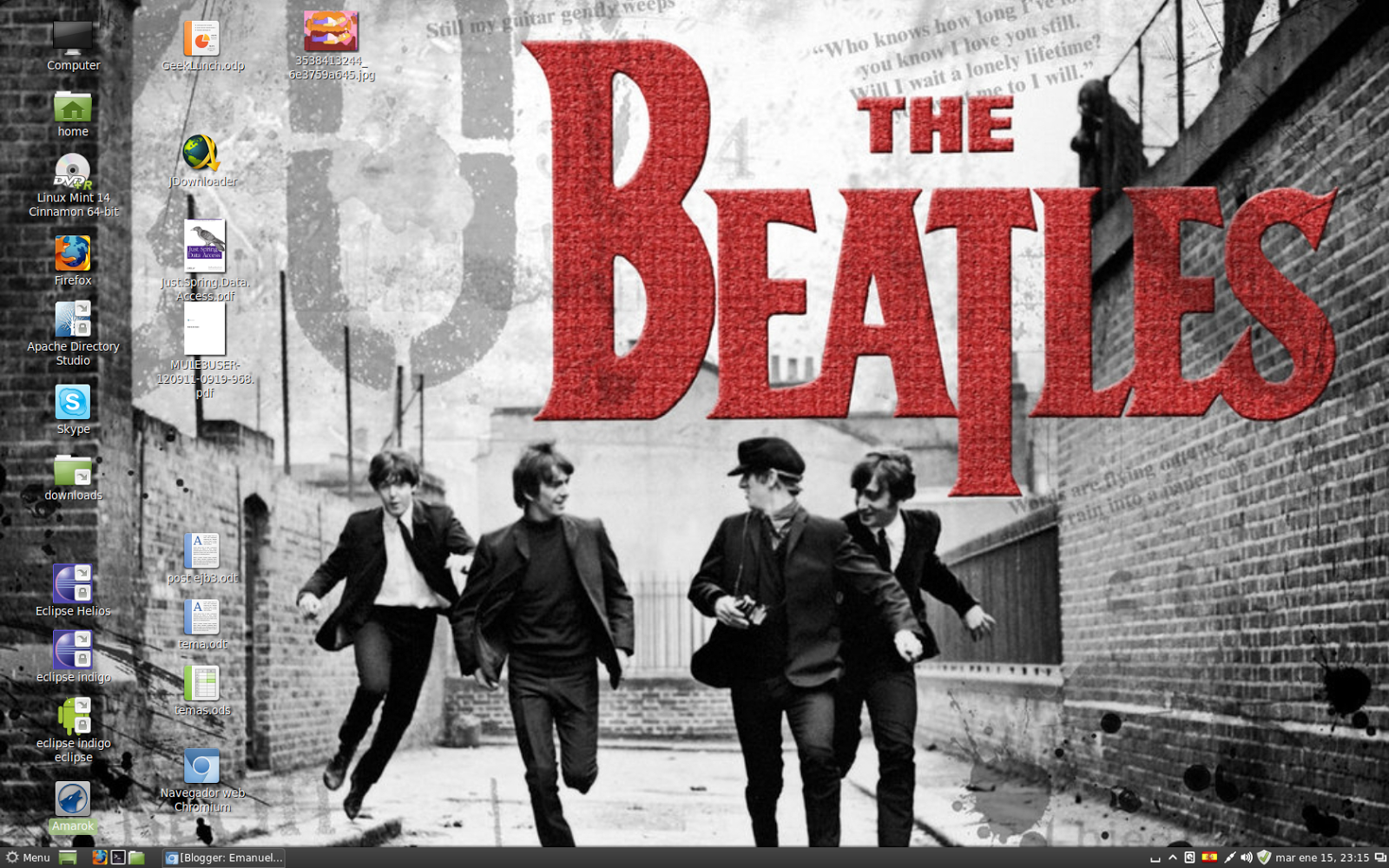 milo wrote: [..] for me the critical question is whether I effectively communicated the emotion of the song. If the emotion works, then people (at least lay people) will forgive your warts for the most part. And my most important audience is myself.

I liked it, and the dry vocals - it just took me an initial split second to process that somebody kind of just had sat down on my lap to sing me a song, but I found it easy to accept that instantly, it works for the song, and the 'threatening intimacy', if such threat there were, is relativated by additional voices soon enough.

Yay guitarix, yay homemade music!
some of my stuff is ending up here clyp.it/user/i4p5dng1 , and you can love me at liberapay.com/aloo_shu
Top
Post Reply
14 posts • Page 1 of 1