The goal is to combine the Electosmith Daisy Seed with a 16x2 LCD Keypad to make a simple, inexpensive and portable audio tool running open source software. The OPD can also be controlled with CV and GATE signals and MIDI but this is optional. Last but not least – the OPD has a lot of modulation capabilities, including a simple sequencer.

All software is running on the Daisy MCU/microcontroller, including sound generation. 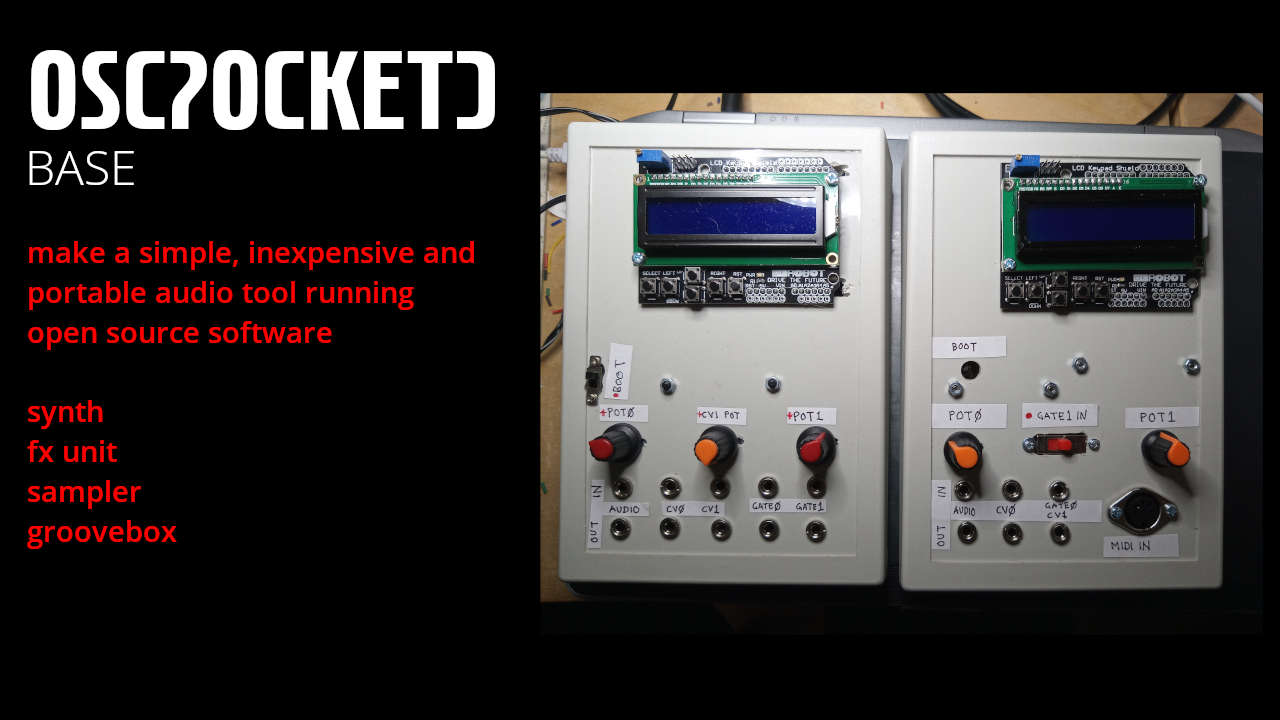 The OPD can handle up to 4 CV inputs and two potentiometers. The CV inputs are limited to 0-3V3, but can be scaled and offset in hardware and software.

The OPD can control up to 4 CV/GATE outputs, also limited to 3V3.

A new version of the OscPocketD is now available at:
https://oscillator.se/opensource

New features:
- the Overdrive and Decimator are moved to after the Oscillator and before Filter etc
- the Overdrive now has a gain setting
- new modulator: Audio in
- audio merge - Audio in can be inserted AFTER all effects but before reverb for easy chaining of several units
- new modulator: EG/adsr
- all Special Modulators (including the sequencer) can now be synced to any other modulator (eg Gate in)
MusE DAW running on Debian 10 Stable/XFCE4.
https://oscillator.se/musik
Top
Post Reply
2 posts • Page 1 of 1