Scales, Physics and the Circle of Fifths

Scales, Physics and the Circle of Fifths

The earliest musical instruments that have been discovered are pentatonic bone flutes from ~40,000 years ago. Why did our ancestors choose that scale? I would think it's to do with physics.

Pythagoras discovered the mathematical relationship underlying musical intervals sometime around 500 BCE. An interval of an octave is produced when the ratio between two frequencies is 2:1. The interval of a fifth is produced when the ratio is 3:2. Our ancestors didn't have to know that because these ratios and intervals are present in the harmonic series. 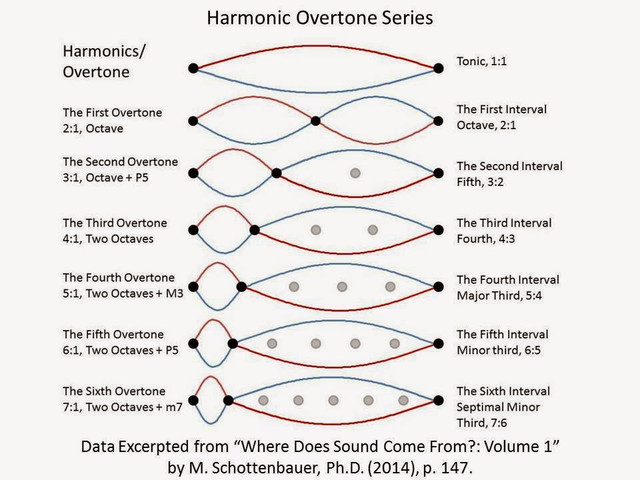 With a flute these harmonics or overtones can be produced by overblowing. Blow harder and you get an octave. Harder again and you get an octave plus a fifth. Once that new note has been made available by cutting a hole in the flute another new note can be obtained by producing a fifth of the fifth. This chain of fifths is still in use today : 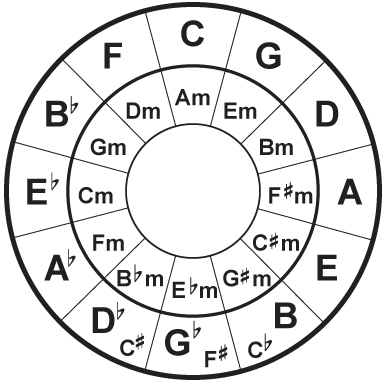 Take any five notes next to each other and they form a pentatonic scale. Notes near each other form consonant sounds.

Notes far away from each other form dissonant sounds and the furthest you can get from C is F# which is diametrically opposite and forms the interval of a tritone.

Now take any seven notes next to each other and they form a major scale when rearranged. Starting on C and choosing the next six notes gives C G D A E B F#. Rearranging that gives C D E F# G A B. Hold on. That isn't a C major scale. That's G major or C lydian. To get C major we would have to start on F. Why is that?

The two notes that are added to extend C major pentatonic to C major are B and F and the interval between B and F is a tritone. B and F played together suggest G7 the dominant seventh of C which has to be resolved in western harmony. The major scale is a way of incorporating the tense interval of a tritone into a scale in a way where it can resolve to the tonic. Stacking fifths produces the lydian mode which has a tritone between the tonic and the #4, and that doesn't give the same opportunity for resolution.

That's some evidence that the major scale is not a given but a choice from an earlier period of history. What do you think?

Thanks for the demo, I agree with your conclusion.

I love the circle of fifths, how the more you look at it, the more realizations hit you. It's to western music what a circular slide rule is to arithmetics.

Btw I think the Ionian mode wasn't even accepted in Gregorian music well until the XVI. century... Of course it's a decision.

If you were reflecting in part to our discussion about tonality, I never implied that the prevalence of major is somehow a natural given or a necessity.
Top

S1gmoid wrote:If you were reflecting in part to our discussion about tonality, I never implied that the prevalence of major is somehow a natural given or a necessity.

Not at all. Our discussion gave me some ideas that I posted here.

Triads are the basis of harmony. The pentatonic scale only contains two triads.